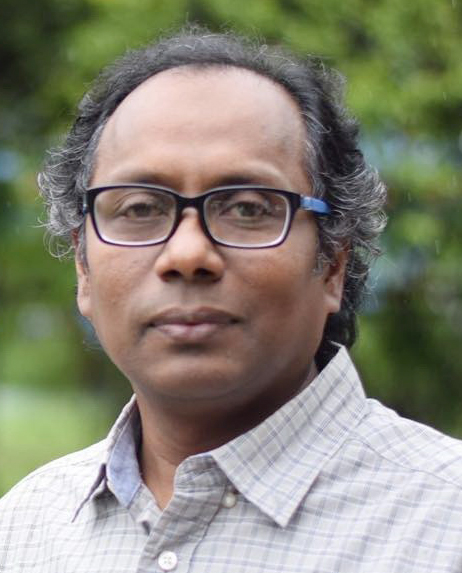 Sheikh Ha­sina and Sheikh Rehana had to wait a long to find out they were the family's sole living members. Nobody could accurately explain what happened in Dhaka. Phone calls were rolling in from all around the globe, including London. Everyone had different information. Someone said that Begum Mujib and Sheikh Russel were still alive that day since they were staying at the home of Bangabandhu's younger sister.

Someone said that Sheikh Jamal, a freshly appointed army officer, survived because he was in the barracks. Someone stated that Sheikh Kamal was expected to travel to Malaysia with his cricket team; however, he already went there. Sultana Kamal, the wife of Sheikh Kamal, survived as she went to her father's house. But no one could provide any news accurately.

Meanwhile, Ambassador Humayun Rashid Chowdhury was secretly communicating with others about where Sheikh Hasina and Sheikh Rehana should seek political asylum.

He was also discussing and listening to his diplomatic colleagues. At the time, Yugoslavia, the United Kingdom, Germany, Austria, and India were on the list of possible countries seeking political asylum.

In addition to West Germany, Humayun Rashid Chowdhury was the Bangladeshi ambassador to Austria and Switzerland at the time. Therefore, Sheikh Hasina could get political shelter in these countries through his suggestion or efforts. However, getting political asylum in these countries is a time-consuming process.

These three Indian Embassy officials were only aware of Sheikh Hasina's political asylum in India. After hearing of the Bangladesh military coup and Sheikh Mujib's assassination, they were highly distressed. They conveyed this matter about the political asylum of Mujib's daughter to the appropriate Ministry in Delhi with great urgency. The response from Delhi's higher officials arrived two days later.

It instructed that immediate arrangements should be made to send Sheikh Hasina and others to Delhi. However, the matter must be handled quickly and confidentially, and no one outside of Sheikh Hasina's family should be informed.

Therefore, only Ambassador Chowdhury was told of the matter to facilitate communication with Sheikh Hasina. Furthermore, Indian officials advised that Sheikh Hasina and others be flown directly to Delhi by Air India.

Thus, Wazed Miah travelled to Carlsruhe. On Saturday, however, the nuclear research centre was closed due to the weekend. As a result, he was unable to go to the office. He then went to his apartment in the guesthouse building to collect some essentials. He returned to Bonn shortly after dusk.

Dr Wazed Miah was distressed emotionally. He was concerned about their bleak future. Wazed, who was shaking, told the Indian Ambassador in detail about how dangerous their situation was.

After hearing all this, he suggested that Wazed Miah send their demands to the Indian government in writing. His hands were trembling from nervousness and fear of the unknown. However, with much difficulty, he wrote the names of his whole family, including Sheikh Rehana, and requested political asylum from the Indian government to protect their lives and safety.

On Monday, August 18, shortly after returning home from the embassy, Ambassador Chowdhury informed Sheikh Hasina and Wazed Miah about their plans to go to Karlsruhe that day and their subsequent plans.

After lunch, Wazed Miah and Sheikh Hasina left for Karlsruhe with their two children and Sheikh Rehana. Ambassador Chowdhury provided a vehicle for them as well. The ambassador requested that they retain the car until they needed it. Upon seeing the ambassador's empathy, Sheikh Hasina and others were emotionally overwhelmed.

During his term at the Indian Embassy in Hungary, Indian Ambassador Ataur Rahman supported Hungary's youthful revolutionaries on the orders of Indian Prime Minister Nehru.

At the request of Nehru's daughter Indira Gandhi, he assisted Bangabandhu's daughters in 1975. He was the mastermind behind Sheikh Hasina's secret journey from Germany to India for political asylum.

Prior to Bangladesh's independence, Ambassador Humayun Rashid Chowdhury served as head of mission in Delhi. He knew Indian Prime Minister Indira Gandhi's advisors DP Dhar and PN Haksar. He contacted the two at the suggestion of Indian Ambassador Ataur Rahman.

They were, however, both out of India at the time. Later, Ambassador Chowdhury collected the phone number for the Indian Prime Minister's Office from Ambassador Ataur Rahman and called Indira Gandhi. He expressed his concern to Indira Gandhi about the safety of Bangabandhu's daughters, who were staying with him.

After learning of their Karlsruhe's arrival that evening, two Bengalis named Shahid Hossain and Amirul Islam Babul went to the guesthouse to meet them. Shahid Hossain was a PhD candidate at the University of Karlsruhe, and Amirul Haque was a junior researcher at the Karlsruhe Atomic Research Centre. After a while, Wazed revealed to Shahid Hossain that he had Bangabandhu’s two daughters with him. However, in Bangladesh's current situation, he is extremely worried about their safety.

They subsequently proceeded to Karlsruhe's crime control detective office and reported the entire incident. Wazed Miah described the incident in English, while Shahid Hussain translated it into German. Sydel, a detective, typed it. Wazed Miah and Shahid Hossain signed it after the speech was typed. The police officers gave them a special phone number and assured them that their patrol cars would keep an eye on the guest house.

During these days, Wazed Miah was always terrified. He also displayed some strange behaviour. Perhaps he was concerned about the safety of the two daughters of Bangabandhu.

He would occasionally peep out of the door. He used to check the door's security from the inside.

After repeatedly observing this, Sheikh Hasina told Wazed Miah, "I have lost everything, and there is nothing to fear. What is decreed by fate would occur.”

Challenges the UN has to overcome

Happy birthday to mother of humanity