Are diplomats in Bangladesh trying to interfere with its internal matters? 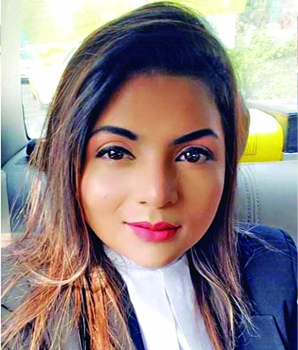 During the first week of May 2020, four people have been arrested and several others were charged for their social media posts and cartoons criticizing the governments response to the Covid-19 pandemic.

The four individuals who were arrested were cartoonist Ahmed Kabir Kishore, writer Mushtaq Ahmed, activist Didarul Bhuiyan, and businessman Minhaz Mannan. They were all arrested under the Digital Security Act (DSA). Ahmed Kishore and Mushtaq Ahmed were sent to jail on May 6, 2020, and Didarul Bhuiyan and Minhaz Mannan were sent to jail on May 7, 2020, after their bail requests was denied.

According to the First Information Report (FIR) the charges against them include: knowingly posting rumours against the father of the nation, the liberation war, and the coronavirus pandemic to negatively affect the nations image.

Like other governments around the world, the Bangladesh government has also been strict in eradicating rumors from the beginning of Coronavirus outbreak.

It is useful to keep in mind that, rumors are a global problem, however cannot be resolved globally. Individual states require to take individual measures to fight against rumors. Even recently, the United Nations opened its mouth against various rumors around the world.

Rumor is so prevalent in Bangladesh that it can dilute a scene overnight. For example, there have been reports of elderly parents or family members being left on the streets on suspicion of being infected with the corona virus.

Or, not to bury the body of a person suspected of having corona virus in many areas. There are even incidents of eating various unrecognized/prohibited herbals and medicines upon the basis of the rumour to get rid from Coronavirus.

Therefore, the government has been able to anticipate these issues from the very beginning and has requested everyone to remain vigilant without being alarmed by the rumors. But the rumors have not stopped.

Currently, while the government is trying its best to gain momentum to keep the coronavirus situation under control; a group of people, on the other hand, is being seen very active in misrepresenting the various steps of the government through social media.

Diplomats are often seen commenting or talking about the internal affairs of Bangladesh. It is important keep in mind that, in order to maintain peace and order in the country, the government has to take tough decisions form time to time. However, some diplomats have always been seen to have spoken against such decision, pushing the situation further.

According Article 41 of the Vienna Convention on Diplomatic Relations 1961, the diplomats have a duty not to interfere with the internal affairs of the State they are involved in the diplomatic mission.

Accordingly, the statement made by the diplomats on the arrest of journalists and cartoonist is nothing but an interference with the internal affairs of Bangladesh.

Bangladesh can also take legal action under the Convention, since it is sated in Article 9 (1) of the Convention that, the receiving State may at any time and without having to explain its decision, notify the sending State that the head of the mission or any member of the diplomatic staff of the mission is persona non grata or not acceptable.

In such case, the Article states that, the sending State shall, as appropriate, either recall the person concerned or terminate his functions with the mission. Notably, as per Article 9 (2), if the sending State refuses or fails within a reasonable period to carry out its obligations under Article 9 (1), then the receiving State may refuse to recognize the person concerned as a member of the mission.

The role of diplomats in other countries:

In India, after the government passed the Citizenship Amendment Act, nationwide protests took place in the streets to protest against such an Act. During that time, many students who held such protest were beaten by police. This scenario continues for a considerable amount of time.

However, we did not see any diplomat mission in India saying anything to this.  The diplomats silence was nothing but the proper diplomatic policy since this was entirely Indias internal issue. Even, Bangladesh diplomatic mission to India did not say anything on the issues.

Moreover, while Myanmar army persecuted Rohingya people, none of the diplomats in that country were seen to protest either individually nor in a group.

More importantly, USA has placed restriction upon the public health officer as well as scientists in sharing information relating to coronavirus situation. Moreover, no person is allowed to make a nuisance in movie theatre and shopping mall in USA.

In UK, the report of threatening health officers with regards to sharing of information relating to coronavirus situation published in the Guardian. But no diplomat were seen to protest this steps on the ground of lack of freedom of expression

Therefore, we never see diplomats involves in the other countries diplomatic mission to share opinion in the fashion they usually do in Bangladesh.

In Bangladesh we always see the diplomats passing comments over our internal matter and this is very much unprecedented in other countries. Therefore, it is clear that, in Bangladesh, many of the diplomats are more focused on the countrys internal affairs than their responsibilities.

Freedom of Expression in Bangladesh:

At present there are around 30 private television channels in Bangladesh, and also there are almost 30 private radio stations in the country. Moreover, there are nearly hundreds of newspapers circulated nationally or locally across the country and a considerable number of online news portals are running.

These numbers are representing a greater presence of media than any time in the history of Bangladesh. The presence of such a large number of media in the country strongly echoed the existence of freedom of expression in the country.

In Bangladesh, the media is working actively without any hindrance. Example should include, Anti-government peoples regular participations in talk shows making uninterrupted speeches or comments against the government, Broadcasting Crime report programs exposing corrupt people hiding inside the government, highlighting whenever there is any inconsistency in government work or projects through broadcasting or publishing news relating this.

Besides, during the election, reporters coming directly inside the voting center and making live broadcasting. These highlight the freedom of the media, and we know the media, which is the big pillar of freedom of expression.

The question may arise as to the closure of some television media. It is important to remember that those media outlets were not closed arbitrarily but were closed for committing criminal offenses following the necessary legal procedures. Of course, freedom of expression is not above the law.

Furthermore, it is important to note that the closed media were directly controlled by some political parties to establish their own political agenda.

That is why they used to spread false rumors to disrupt the peace of the people on almost every issue and to provoke the people against the government. A reasonable person must not see the only event of closure of those media, but also see why such steps were taken and whether justified by law.

In Bangladesh, people freely expressed their opinions on social media. However, the part of the opinion on which the government takes legal actions are those who confuse the people with baseless news or fabricated false news.

The Hefazat-e-Islam claimed death of 2,000 people in the occasion. To prove Hefazeth's claims, couple of media printed a photo showing thousands of people lying dead on the streets. At that time when the government started detaining false reporters; similar criticism started coming from all quarters that there is no freedom of expression in the country.

On further investigation, it was revealed that the photo of the incident used by media was of Johnstown massacre of 1978. They printed it in order misguide people with intent.

Later on, when the government challenged them to submit at least a list of those who died in the clash, neither the Hefazat-e-Islam nor any those who commented or provided the death news failed to submit the list. Even Hejat-e-Islam later admitted that they were misunderstood and misguided by some political parties. Now we see how close the Islamic party comes to the Government.

It is clear that, in the name of freedom of expression in Bangladesh, rumors have been spread of communal violence, political violence, etc.

It must be stated that, just as many of the Islamic fundamentalists had been arrested in Bangladesh for making riotous or provocative remarks on social media, equally some of the atheists have also been arrested for hurting religious feelings of people in the name of expressing their views.

It is important to note that our government always encourages fact based reporting but is strongly determined to not allow someone to do anything with an intention to create riot.

Tasmiah Nuhiya Ahmed is an Advocate of Bangladesh Supreme Court

Are India and USA headed for trade pact?

India-China conflict and its impact on Bangladesh