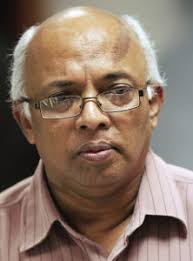 On 22 February 1969, Sheikh Mujibur Rahman, chief of the Awami League, walked out of his prison cell in the Dhaka cantonment. He was escorted to his Dhanmondi residence for an emotional reunion with his family.

Having been in prison since 8 May 1966 under the Defence of Pakistan Rules, Mujib had gone through the rigours of a trial in which he, along with thirty four other Bengalis (men in the Pakistan armed forces and the civil administration), had been charged with conspiracy to have East Pakistan secede from the rest of Pakistan through an armed revolt.

It was argued by the government of Field Marshal Mohammad Ayub Khan that Mujib had earlier travelled to Agartala in India to solicit Indian support for his scheme of breaking up Pakistan.

News of the Pakistan government’s plans regarding the case, which infamously came to be known as the Agartala conspiracy case, first appeared in the media when a sketchy press release late in December 1967 spoke of the arrest of a group of individuals.

It was not till early January 1968, however, that the regime formally spoke of what it called a conspiracy led by Sheikh Mujibur Rahman. The reaction among Bengalis was one of disbelief and it was generally thought that the whole idea had been manufactured by the Ayub regime to discredit Mujib before his fellow Bengalis.

Indeed, attention quickly focused on Ayub’s remarks in early 1966, soon after Mujib had announced his Six Point plan for regional autonomy within a federal Pakistan, to the effect that those who supported the plan would be dealt with in the language of weapons.

In West Pakistan, though, the general masses and the entrenched political classes quickly appeared to agree with the regime that the Bengalis involved in the case were indeed out to ‘undermine’ the unity and sovereignty of Pakistan.

The trial of Sheikh Mujibur Rahman and his co-accused commenced before a special tribunal in the Dhaka cantonment on 19 June 1968. It was presided over by Justice S.A. Rahman, a West Pakistani, who was assisted by two Bengali judges, Justice Mujibur Rahman Khan and Justice Maksumul Hakeem.

A phalanx of defence lawyers, including Britain’s Sir Thomas Williams QC, assisted Mujib and his co-defendants. As the trial got underway, Mujib told a foreign journalist present in court, “You know, they can’t keep me here for more than six months.” Meanwhile, all over East Pakistan and then in West Pakistan, political unrest began to upset normal life.

And this despite the fact that the Ayub Khan regime had only recently launched a year-long celebration of its decade in power.

Billed as a decade of progress, the celebrations were meant to be a recapitulation of the positive steps the regime had taken since a coup d’ etat had placed Ayub in power in October 1958. And yet not everything was as rosy as it was painted out to be.

Ayub’s former protégé and foreign minister Zulfikar Ali Bhutto was causing his former benefactor considerable headache. He had formed the Pakistan People’s Party in November 1967 and had declared his intention to seek the presidency at the elections of 1970.

In November 1968, Bhutto, together with the National Awami Party’s Khan Abdul Wali Khan, would be arrested by the authorities.

In East Pakistan, political agitation against Ayub Khan reached a crescendo, with Moulana Abdul Hamid Khan Bhashani spearheading the movement against President Ayub Khan. As the Agartala case trial wore on, increasing numbers of social and political groups began to voice the demand for its withdrawal and for Mujib to be freed.

A worsening political situation forced Ayub Khan, in early 1969, to call a round table conference of political leaders in Rawalpindi. He made contact with Nawabzada Nasrullah Khan, a leading opposition politician from the Punjab, who in turn passed on Ayub’s invitation to other opposition figures.

The opposition, united under the banner of the Democratic Action Committee, informed the government that Mujib needed to be allowed to take part in the RTC.

It was soon being suggested that Mujib, who according to the government had committed acts of treason against the state of Pakistan, would be freed on parole in order for him to take part in the RTC. But such reports were quickly scotched in Dhaka and Bhashani warned that if Mujib were not freed without conditions, Bengalis would march on the cantonment to liberate him.

Conditions had already taken a bad turn with the shooting of the young student Asaduzzaman. Motiur, a school student, also succumbed to police firing. In the cantonment itself, on 15 February, Sergeant Zahurul Haq, one of the accused in the Agartala case, was killed by soldiers on the pretext that he had tried to escape from custody. In Rajshahi, the academic Zoha was shot.

It was a plain conflagration that erupted in East Pakistan by February 1969. Angry crowds of Bengalis overran the residential quarters of Justice S.A. Rahman, who with alacrity flew off to safety in his native West Pakistan. Politicians across the spectrum demanded that Mujib be freed and the case against him be lifted.

On 22 February 1969, Vice Admiral A.R. Khan, Pakistan’s minister of defence and former commander-in-chief of the navy, announced the withdrawal of the Agartala case and the unconditional release of Sheikh Mujibur Rahman and all his fellow accused.

The next day, 23 February, Mujib addressed a million-strong crowd of Bengalis at the Race Course (now Suhrawardy Udyan) in Dhaka. Student leader Tofail Ahmed, today a prominent Awami League politician and minister in Sheikh Hasina’s government, extolled him as Bangabandhu, friend of Bengal. The new honour accorded to Mujib was accepted by acclamation.

On 24 February, Bangabandhu Sheikh Mujibur Rahman flew to Rawalpindi at the head of an Awami League team to participate at the round table conference.

Five years to the day after Bangabandhu was freed from military custody on 22 February 1969, the Islamic Republic of Pakistan accorded diplomatic recognition to its former province of East Pakistan, by then the People’s Republic of Bangladesh, on 22 February 1974. The next day, Prime Minister Bangabandhu Sheikh Mujibur Rahman travelled to Lahore to attend the summit of the Organisation of Islamic Cooperation (OIC).

At Lahore airport, Bangabandhu was welcomed by Pakistan’s President Chaudhry Fazle Elahi and Prime Minister Zulfikar Ali Bhutto. As a band of the Pakistan army played ‘Amar Shonar Bangla’, General Tikka Khan, then Pakistan’s army chief of staff and in March 1971 the man who had initiated the genocide of Bengalis in Dhaka and ordered Bangabandhu’s arrest, saluted Bangladesh’s founding father.

No one missed the irony of the situation.

Ayub Khan was ailing in his home in Rawalpindi and would die two months later. Yahya Khan had been put under house arrest by the Bhutto government in December 1971 and would die in 1980. 93,000 Pakistani soldiers, taken prisoner in Bangladesh at the end of the war, were beginning to come home from camps in India.

And Bangladesh would enter the United Nations in September 1974.

Political economy of the size of government: What shakes and what shapes

Coronavirus and its global economic impact

A radical way out of the EU budget maze

Why people have had enough of lockdowns

Why everyone is so upset with Mark Zuckerberg