A counter-revolution to push the country back into uncertainty

By Dr S A Malek 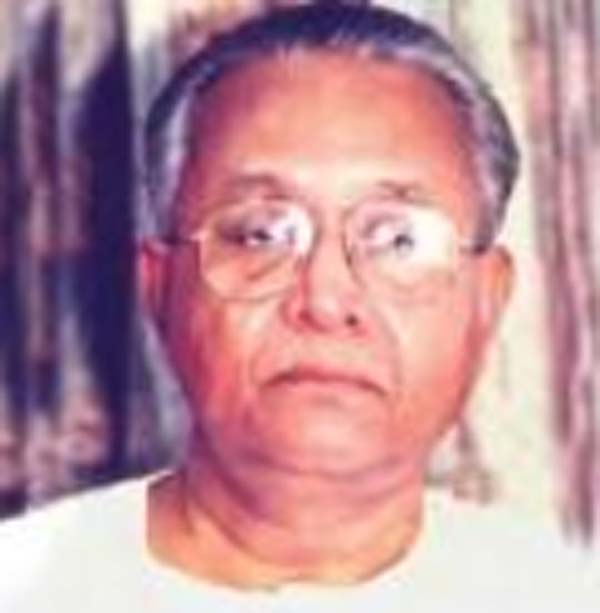 The assassination of Bangabandhu, the Father of the Bangalee people and the architect of Independent Bangladesh, was really a counter revolution to obstruct the socio-economic reforms declared by Bangabandhu in his second revolution. He could go for a change that he stipulated in 1975 even after his comeback from Pakistan in 1972. But he recalled the past and showed respect to those who sacrificed for achieving democracy for the people of Bangladesh. In fact, he started from a point where the democracy was brought to an end by the Pakistani rulers. In 1970 election his overwhelming victory brought him to a position to become the Prime Minister of Pakistan. The Pak rulers did not allow National Assembly to be duly held and the transfer of power became uncertain. Rather they started war against the people of Bangladesh and Bangabandhu had to declare independence in the early hours of 26 March 1971. Bangabandhu urged the Bangalees to drive out the Pak occupation forces from the soil of Bangladesh and free the country from the clutches of Pak rulers. It was on 16 December 1971 that the occupation forces surrendered formally and Bangladesh got liberated from their clutches.

It is natural that in such a volatile situation he could go for a regimented system for certain period of time to bring stability, order in the society and to expedite the process of reconstruction of the country. Since he was a true democrat, he preferred to go for a democratic way. Many consider it to be a mistake in the face of the reality that was created by the enemies of independence both within and outside the country. Many still feel today that the steps that he took in 1975 should have been taken in 1972.

It was within three and a half years that he became successful to rebuild a war ravaged economy. 1972 constitution was framed, the 1973 election was held and the first parliamentary government was formed in Bangladesh. The country had been ruled that way with all pledges practiced by a parliamentary democracy, but the enemies of the people created such an anarchic situation that Bangabandhu had to act in a different way. He had to be tough to bring the situation under control. The fact is that when everything was brought back to normalcy and Bangabandhu declared his second revolution programme, he was assassinated by the agents of Pakistan. A few perverted army personnel gunned him down in his house at road no 32, Dhanmondi killing almost all the members of his family and putting an end to the forward journey of Bangladesh.

They criticize the formation of one party and trim publication of newspapers as anti-democratic steps, but they talk little about the merits of the measures taken by Bangabandhu in his second revolution programme. In fact, the formation of BAKSAL was not really an attempt to form only one party, rather it was a common platform for all those who loved the country and were determined to build it as per the expectations of the mass.

He felt it a necessity to make the society exploitation-free as per his commitment declared on 7 March 1971. It was the reason for which he fought throughout his whole life. Since he was the Father of the Nation and leader of the war of independence, he could not remain silent when the enemies of independence were involved in destabilizing the country and destroying all that were earned through the liberation war taking advantage of a free democratic society.

He made it clear that he was going for a semi-regimented system for the time being and if necessary he would go back to the parliamentary system again. Even he tried to go for referendum for his programme. But the majority MPs overwhelmingly supported him and only a few MPs criticized.

Through second revolution, Bangabandhu wanted to implement the outstanding steps that he took to change the socio-political scenario of the country. Decentralization of administration, bringing change in the process of production and distribution both in agriculture and industry and reform of the judiciary were the key issues of his programme. Those who say in one sentence that he killed democracy do never explain the programmes of his second revolution clearly.

Now if somebody asks who killed Bangabandhu and why? It is not enough to say that Khandaker Moshtaque and some ambitious army personnel killed Bangabandhu. It’s clear that it was General Zia who masterminded the killing of Bangabandhu. Is it believable that being a second man of the army Zia did not know anything about the coup?

Through the killing of Bangabandhu the country was pushed into uncertainty again destroying all that had been earned as a result of independence, the Joy Bangla slogan rejected and Bangalee nationalism being replaced by Bangladeshi nationalism. The constitution was communalized and an overall change was brought in the principles of state governance.

The two consecutive rulers ruled for 15 years till 1996 when Sheikh Hasina came to power following 21 years of ceaseless struggle. She entered the politics of Bangladesh in 1981. The general election held in 1996 brought her to power. Now Sheikh Hasina has been ruling for nearly twelve years for consecutive three terms taking the country to a new height through her farsightedness and bold steps.

Her commitment to fulfill the desire of her great father, the Father of the Nation Bangabandhu Sheikh Mujibur Rahman, is so indomitable that she is ready to sacrifice her life if required. It is because of her honesty, courage, determination and devotion that Bangladesh has been able to attain a prestigious position in the world. Her outstanding performance in climate change, reduction of poverty, empowerment of women, containment of terrorism and humanitarian approach on global issues has earned her international repute as a leader.

Bangladesh is really fortunate to get a leader like Sheikh Hasina. She is doing well undoubtedly. But the followers should remain alert about the conspiracy of the reactionary and evil forces who have been conspiring to kill Hasina and destabilize the country. They must take all the precautionary measures so that the country does not have to witness any such repetition of what happened on August 15, 1975.

The writer is former political adviser to the Prime Minister, a Member of Parliament, the General Secretary of Bangabandhu Parishad and a columnist.

Talking about the conspirators behind the scene