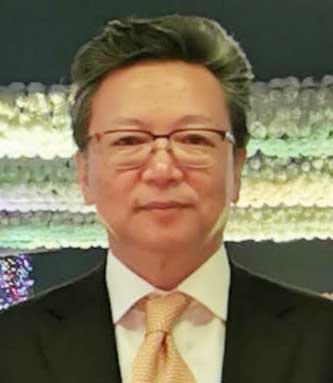 Today is China’s Victory Day, a day that will forever be etched in the memory of the Chinese people and the world people as well. Seventy-five years ago today, the Chinese people, having fought tenaciously for 14 years since the September 18 incident in 1931,won the great victory of our War of Resistance Against Japanese Aggression, and the World Anti-Fascist War finally came to an end. On that day, the world was once again blessed by the sunshine of peace.

The Chinese People’s War of Resistance against Japanese Aggression and the World Anti-Fascist War were a decisive battle between justice and evil, light and darkness, progress and reaction. In that devastating war, China’s struggle started the earliest, lasted the longest and featured the toughest conditions in the wider conflict.

From 1931 to 1945, China suffered over 35 million casualties and 20 million soldiers and civilians perished, accounting for 1/3 of the total loss of lives in the World Anti-Fascist War. During the same period, China sustained more than USD 100 billion direct economic losses and USD 500 billion indirect economic losses (at the price in 1937). In defiance of aggression, the unyielding sons and daughters of the Chinese nation fought gallantly and triumphed over Japanese militarists; they preserved a civilisation of 5000 years and upheld the cause of peace for mankind.

For a long time, many Western history records and textbooks fail to mention the Chinese People’s War of Resistance against Japanese Aggression, and China’s efforts to defeat fascism are often overlooked. During the World Anti-Fascist War, the Chinese people held ground in the main theatre in the East, thus making major contribution to its victory. Before the Pacific War broke out in 1941, 80-94% of Japanese forces were stationed in China; from 1941 to 1945, China held 50-69% of total Japanese forces; when Imperial Japan surrendered, 1.86 million Japanese troops were deployed in China, out of 3.58 million in total sent overseas by Japan.

From 1931 to 1945, over 1.5 million Japanese invaders were killed and incapacitated in China, making up over 70% of the total losses of Japanese forces. In a prolonged period, the main forces of Imperial Japan were mired in China, which technically made the battles of other Allied countries in the Asian and European theatres much easier and stopped the convergence of the Axis forces on the Euro-Asian continent. In that war, the Chinese people received extensive support from the international community, and will always remember what the people of other countries did for our triumph in the War of Resistance.

This victory 75 years ago is the first complete victory won by China in its struggles against foreign aggression in modern times. The triumph crushed the plot of Japanese militarists to colonise and enslave China and put an end to China’s humiliation of suffering successive defeats at the hands of foreign aggressors. The triumph re-established China as a major power and earned the respect of all peace-loving people around the world. The triumph opened up bright prospects for the great renewal of the Chinese nation; our ancient country was reborn and set on a new journey.

A New International Order Built on the Ruins of War

Ravaging through Asia, Europe, Africa and Oceania, that war inflicted over 100 million military and civilian casualties. However, no war in human history is more legitimate and justified than the World Anti-Fascist War. The best way to honour the heroes who gave their lives to uphold freedom, justice and peace and mourn the loss of innocent lives brutally taken during the war is to make sure that this historical tragedy will never repeat itself.

As the war was still going on, a new international order was being conceived to rebuild the world and ensure long lasting peace. Through a series of instrumental documents including Declaration by United Nations, Declaration of Four Nations on General Security, The Cairo Declaration and The Potsdam Declaration signed by China together with other Allied Powers, the nature of this war was determined and the post-war order was envisaged. The new order established after the World Anti-Fascist War responds to the trend of the times and enshrines the pursuit of peace and development of mankind. Though several decades have passed, nobody can say it is out of date.

This year also marks the 75th anniversary of the founding of the United Nations, which is the single most important legacy of the World Anti-Fascist War. On June 26th in 1945, China, among 50 nations, was the first to sign The Charter of the United Nations, with the vision to “save succeeding generations from the scourge of war”, and to “establish conditions under which justice and respect for the obligations arising from treaties and other sources of international law can be maintained”. China is one of the major architects of the current international order and one of the founding members of the UN. As a victorious nation, China did not seek any occupation of land, any punitive compensation or any cession of sovereignty from the vanquished nations. Instead, China has been dedicated all along to promoting peace and development and safeguarding the new international order that is meant for all the world countries.

There has been, however, an adverse current of misinterpreting the history of the World Anti-Fascist War. Some countries exaggerate their contributions and downplay their faults so as to gain more legitimacy and a bigger say within the current international system. Some countries weaponise the interpretation of the war history and use this common legacy to pit some against others.

Some countries ignore the fact that nations of different ideologies and political systems could rally behind the same goal against fascism, and try to reassess the contribution of former allies through the ideological lens. Some countries even attempted to erase or rewrite their inglorious history, cover up their war crimes and beautify their barbaric deeds to free themselves from due responsibilities and obligations. These behaviours are undermining the basis of the current international order and creating more instabilities and uncertainties.

Our Commitment to Peace, Development and Shared Future

As President Xi Jinping pointed out, the experience of war makes people value peace all the more. The purpose of commemorating the Victory Day is to bear history in mind, honour all those who laid down their lives, cherish peace and open up the future.

War is like a mirror, and looking at it helps us better appreciate the value of peace. Nowadays, peace and development have become the prevailing trend, yet the world is far from tranquil. War is the Sword of Damocles that still hangs over mankind. We must learn the lessons of history and redouble our resolve to preserve peace.

For peace, we need to foster a strong sense of a Community of Shared Future for Mankind. Prejudice, discrimination, hatred and war can only cause disaster and suffering, while mutual respect, equality, peaceful development and common prosperity represent the right path to follow. All countries should jointly uphold the international order and system underpinned by the purposes and principles of the UN Charter, build a new type of international relations featuring win-win cooperation and advance the noble cause of global peace and development.

For peace, China will remain committed to peaceful development. The Chinese people love peace. No matter how much stronger it may become, China will never seek hegemony or expansion. It will never inflict its past sufferings on any other nation. The Chinese people are determined to pursue friendly relations with all other countries, preserve the hard-earned fruits of the Chinese People's War of Resistance against Japanese Aggression and the World Anti-Fascist War, and make greater contributions to mankind.

Past experience, if not forgotten, is a guide for the future. The legacy of that terrible war must never be lost in history, not because we want to pass on hatred, but because it serves as a reminder that the same thing should never happen again. Going forward, China is committed to peace, stability, friendship and cooperation; China is willing to join hands with countries around the world, including Bangladesh, to forge ahead as one through bilateral, multilateral and international engagement, towards a world that is more stable, prosperous and harmonious.

-Li Jiming is the Ambassador of China to Bangladesh

Will the fate of Dhaleshwari be the same as Buriganga?

It’s time to have an interactive database in place

Not only Covid-19, stress too killing expatriate workers

How the far-right lost its steam

North Korean arrogance is not a strategy

Beirut crisis has impacted everyone, regardless of status