Speakers for stopping violence against women from home

World Vision Bangladesh Rohingya Crisis Response’s Emergency Food Security Program (EFSP) organised the session at Ukhiya in Cox’s Bazar with the support from USAID in observance of the 16 Days of Activism against Gender-based Violence with the theme ‘Orange the World: End Violence against Women Now!’ on Nov 25, 2021, the first day of the campaign.

Shirin Islam, Upazila Woman Affairs Officer at Ukhiya was present as the chief guest at the inauguration session. 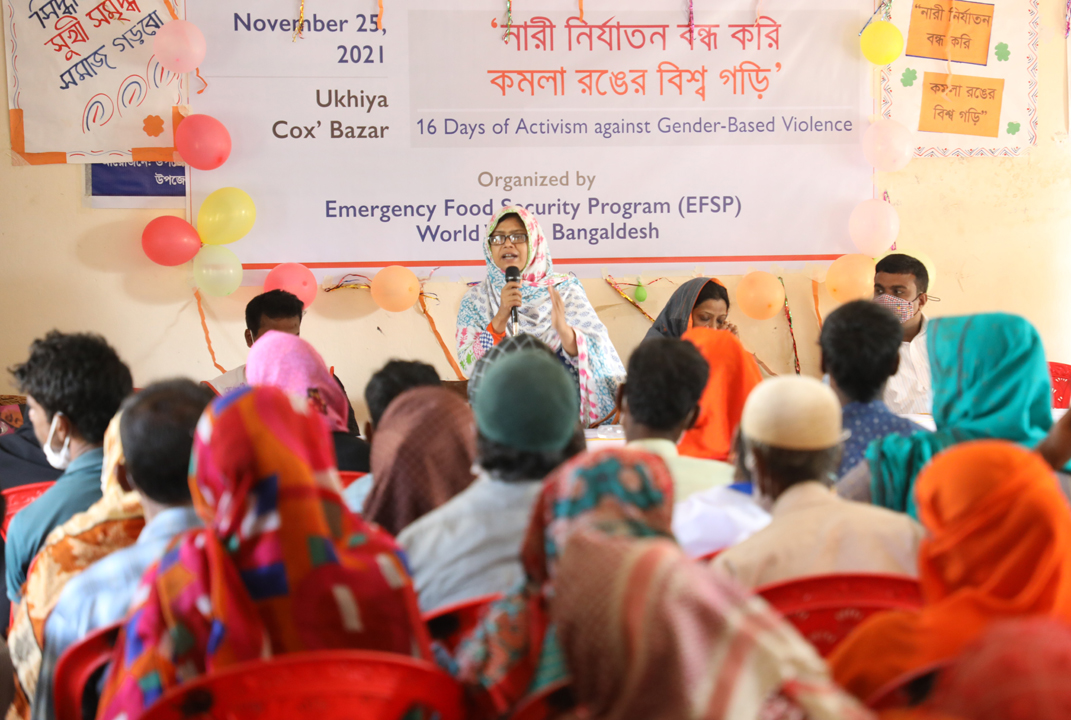 Around 100 men and women from the local community, government agencies, World Vision and other stakeholders attended the programme.

“Discrimination against women starts from the very childhood. Many of us discriminate between our boy and girl children. We discriminate against women in almost all fields such as education, health, and the socio-economic areas though women have equal rights,’ said the chief guest.

“Women are oppressed and fall victim to psychological, physical and sexual violence, which is inhuman,” she said.

Shirin Islam said nearly 1 in 3 women is abused in their lifetime. “If women are not safe, they cannot support their families. So we must stop violence against women,” she said.

“Stil girls dropped out of educational institutions due to child marriage. We should speak out on this issue and educate girls to build up a good nation,” she said.

Participating men and women took an oath to end violence against women from their families and society. 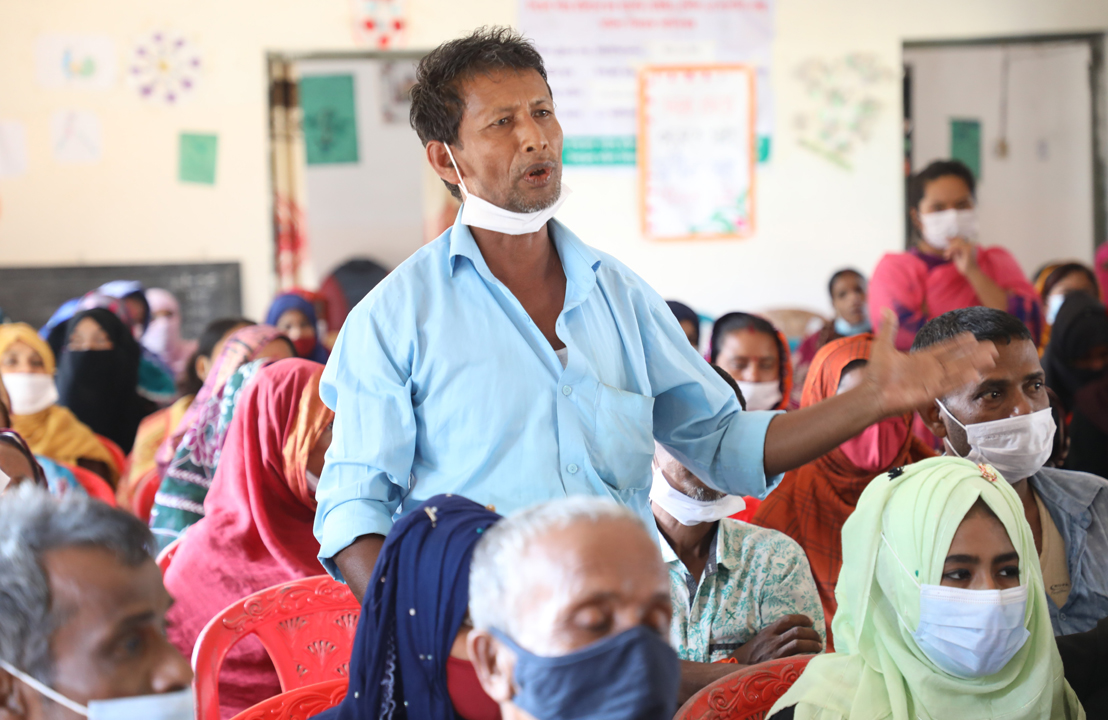 This international campaign to end violence against women was started by the Women’s Global Leadership Institute in 1991 and now runs annually.