The Kabi Kazi Nazrul Islam Library of Dhaka Reporters Unity (DRU) on Thursday remembered the national poet of Bangladesh with singer Khairul Anam Shakil rendering his songs and speaking on his life and works.

The programme marked the 46th death anniversary of Kazi Nazrul Islam, one of the greatest poets of Bengali literature, who died on August 29 in 1976. 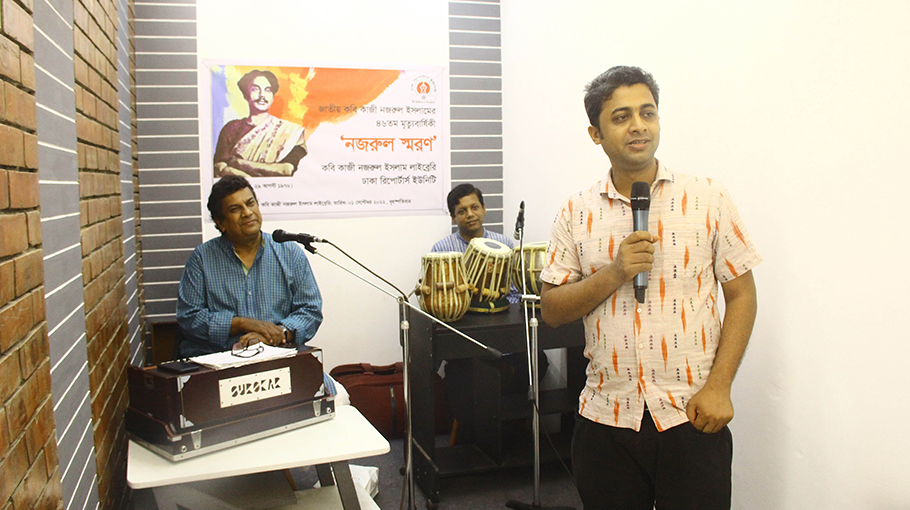 This was the first programme of the Kabi Kazi Nazrul Islam Library held on the stage inside the library.

Khairul Anam Shakil, a popular Nazrul exponent and also the chairman of the board of trustees of Kabi Nazrul Institute, said the poet enriched almost all the genres of Bangla songs.

He wrote devotional songs both for Muslims, Hindus. In fact, he wrote Islamic songs at a time when Muslims would not listen to music. He is the poet of Bengali Muslim cultural awakening, Shakil said, highlighting the secular spirit of Nazrul.

He urged all to resort to Nazrul's philosophy of secularism.